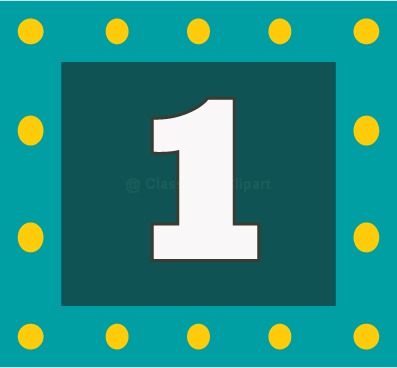 The Patient Protection and Affordable Care Act of 2010 (“PPACA”) and the Healthcare and Education Reconciliation Act of 2010 (“HERA”) (collectively, the PPACA and HERA are referenced as the “Legislation”), passed in the spring of 2010, enacted sweeping changes to health care, including important changes to the federal False Claims Act that will affect prosecution of qui tam cases by the federal government, relators and whistleblowers. Health care fraud lawyers, attorneys and law firms and their clients must be aware of these significant changes in cases involving fraudulent claims against federal government healthcare programs such as Medicare, Medicaid and Tricare. Health care fraud defense attorneys will be disheartened, and federal government prosecutors, whistleblower lawyers and qui tam plaintiffs will be pleased, because these changes have lowered the bar for prosecutors and qui tam whistleblowers with respect to False Claims Act cases.
The False Claims Act, 31 U.S.C. §§ 3729-3733 (the “FCA”), is an important tool used by the Department of Justice (“DOJ”), U.S. Attorney’s (“USAOs”) and private whistleblowers to bring civil prosecutions against those individuals and entities who perpetrate frauds upon the United States through false and fraudulent claims for payment. The FCA provides for treble damages and civil monetary penalties to be awarded to the federal government, and the qui tam whistleblower plaintiff, often called a “relator,” may recover up to 30% of the award, plus statutory attorney’s fees.
The recent FCA amendments make it easier for whistleblowers to bring qui tam suits on behalf of the federal government by lowering the “public disclosure” standard. Prior to the amendments, a qui tam plaintiff who was not an original source was jurisdictionally barred from bringing an FCA suit if the fraudulent conduct of the defendant had been previously disclosed in the public domain through the media, federal, state or local reports, audits and investigations, or criminal, civil and administrative hearings and proceedings. For instance, in Graham County Soil & Water Conservation Dist. v. United States ex rel. Wilson, 130 S.Ct. 1396 (2010), the United States Supreme Court recently upheld the dismissal of an FCA claim for lack of jurisdiction based on prior public disclosure of fraud in California county’s audit reports. See United States ex rel. Gonzalez v. Planned Parenthood of Los Angeles, et al., Case No. 09-55010 (9th Cir. July 1, 2010).
Under the amendments of the Legislation, publications deemed as public disclosures under the FCA are now more limited. They only include a federal criminal, civil and administrative hearing in which the government or its agent is a party, a congressional, Government Accounting Office (GAO) or other federal report, hearing, audit or investigation, or a disclosure in news media. See 31 U.S.C. § 3730(e)(4)(A). This means that state and local audits, reports, investigations and hearings, as well as litigation between private parties, can now be used as the sole source of information for an FCA suit for defrauding the federal government, and the Legislation has abrogated this part of the Graham County Soil & Water Conservation Dist. decision.
The Legislation’s amendments also changed the jurisdictional nature of the public disclosure provisions. Before the new law was enacted, a violation of the public disclosure requirements of the FCA was a jurisdictional defect which could be raised by a party at any time or sua sponte by the court. Now, a qui tam whistleblower complaint which violates the public disclosure provision can be dismissed pursuant to a Rule 12(b)(6) motion, unless such dismissal is “opposed by the Government.” Id.
The Legislation also amended the “original source” provisions of the FCA. Prior to the amendments, a whistleblowing relator who was an original source could bring an FCA suit regardless of whether there was a previous public disclosure. This meant that the whistleblower had to have “direct and independent knowledge” of the information on which the fraud allegations were based and had voluntarily provided the information to the Government before filing an FCA action which was based on the information. Under the Legislation, the “direct and independent knowledge” requirement has been eliminated, and an original source is an individual who voluntarily discloses the frauds to the government prior to a public disclosure or “has knowledge that is independent of and materially adds to the publicly disclosed allegations or transactions.” 31 U.S.C. § 3730(e)(4)(B). Therefore, as long as the qui tam whistleblower has information about the government frauds which are independent of publicly disclosed information, even if the qui tam whistleblower did not have “direct” information usually derived from personally witnessing the fraudulent conduct, an FCA suit may be pursued.
By broadening the original source provisions and limiting the public disclosure provisions of the FCA, Congress has encouraged an increase in the filing of qui tam whistleblower lawsuits. While the change in the jurisdictional aspect of the public disclosure provisions ostensibly helps qui …