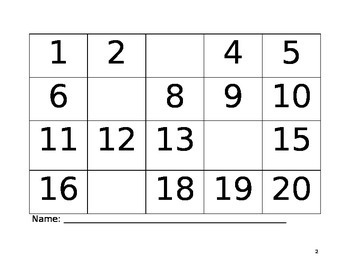 The other day an acquaintance from England contacted me and didn’t understand the issues concerning ObamaCare and wondered what was the controversy all about, and he asks; “President Obama’s health care proposals – from this side of the Atlantic, I say ‘what’s all the fuss’?”
Simple, our constitution will not allow the government to make us purchase something from a business or set of businesses, or allow the government to create a monopolistic relationship with business. In this case “health insurance” companies and the government is using the “commerce clause” ruling to pretend it’s okay, but that excuse or debating point holds no water.
One of the reasons this is even is even an issue or in the Constitution is due to the East India Trading Company and how the colonists were made to pay taxes and other duties and East India Trading Company was exempted, this undercut the local tea merchants, then there was a boycott, as the East India Trading Company had a clear advantage.
When the colonists boycotted, the King figured out other ways to collect tax, which led to the Townsend Act, “Boston tea party event” and eventually the Revolutionary War, where your ancestors and mine fought and died over it. This is why the framers in our constitution put things like that in there to prevent a mandated causation for citizens to buy something. That is one of the issues.
There are many others, such as corporate lobbyists are racking in billions – Big Pharma, medical equipment, health insurance, etc. And the problem is that Health Care costs have risen 5% year-over-year for a decade, it is a runaway cost situation due to several issues, one of which is litigation – thus malpractice insurance costs have increased for doctors, this is passed onto the patients and insurance companies.
The doctors trying to avoid lawsuits are ordering more unnecessary tests, procedures (defensive medicine from lawsuits) just in case, and all those increased costs are indeed billed to the tax payer. Obama is a lawyer, and a democrat, and they purposely didn’t fix the runaway litigation costs issues. We have a very strong trial lawyers lobby. And they protect their interests, and sue in case they think they aren’t going to have these lucrative malpractice cases, which they are now receiving insanely high monetary awards.
And, businesses cannot afford to cover their workers, so they’ve stopped hiring, stopped expanding, and we have high-unemployment because of it now, with no end in sight. Small Businesses can’t afford it, now health insurance has skyrocketed due to the above issues I mentioned, up 40% for me since ObamaCare plan came into play.
Also Obama’s Administration along with the democrats fudged the OMD, CAO, GAO accounting numbers, pretended it was fiscally viable, it’s not, not even a little bit, and we are seeing the increases, it’s killing the middle class, and if we keep all this up, we’ll be just like you are in England; super high taxes, crappy medical care, waiting lines, and lower quality of life and standard of living. Besides that, the whole concept is socialist driven, and it doesn’t fit with America’s ideals.
It’s a bad plan, it has to be scrapped, it won’t work, period.
The Democrats also cheated the system when they rushed through the legislation, they lied to the people, and most of those who voted for the bill, didn’t know what was in it. It’s garbage, complete nonsense, so ObamaCare Needs to go.
And to top it all off the states will go broke under the ObamaCare provisions, they can’t afford it. In fact, there was an interesting article (an op-ed piece) on that fact the other day in the Wall Street Journal titled “The States Can’t Afford ObamaCare – Their Budgets will be Crushed by the Medicaid Expansions that the Feds are Forcing on Them,” by George Mellon, published on February 4, 2011. It’s worth reading. Well, I hope you will please consider all this.…

I had the unusual opportunity, because of inclement weather, to watch much of the recent health care reform summit. After all, I do have a vested interest in the outcome. I listened intently from both sides about positions that, quite frankly, to the more than casual observer like me, are nothing new. However, I was struck by the presupposition which has become the basis for the entire discussion on health care reform. That is, what part of the current legislation President Obama has put forward can they find common ground on? At first blush, it’s sounds like a perfectly reasonable strategy. Then it struck me! We’re asking the wrong question entirely. The question in Washington shouldn’t be what do the Republicans like in the current proposal that they can support and find common ground on. Instead, the question should be. What, in our current health care system can we agree is good and, therefore, worthy of building upon? A natural follow-up question to that would be. What’s broken that needs fixing? Democrats would argue that they are doing exactly that – fixing what’s broken. However, their proposal is too far reaching, overly intrusive and would upset the delicate balance between proper government oversight and the free-market system.
Most, if not all Americans believe that our health care system is one of the best in the world – if not the best! So why should we take the approach that the whole system needs to be scraped in favor of a government-run alternative. There are many areas in the current health care system that are flawed and in need of change and restructuring so why not build on that framework for true effective reform? I’m always struck when an important foreign dignitary announces that they will be flying to the United States to have some sort of medical procedure done. That’s not an accident by any means. They know that there best chance of medical success lies in treatment in the United States. Indeed, our very Congressman and Senators take full advantage of all our amazing medical technological advancements. You don’t see any one of them requesting to get treatment in another country. No, I’m afraid this is more about power and making history for the Democrat party rather then real, substantive change for all Americans. That’s really a shame because we do have the ability to make significant change.…