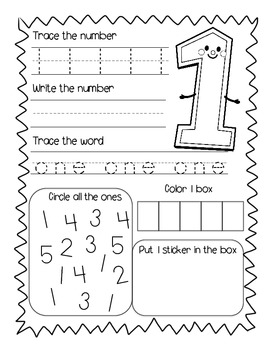 A good friend of mind recently commented that his own kids and their friends are a lot less materialistic than our generations were, and that numerous surveys show that Millennials don’t want their jobs to interfere with their family or social life. He went on to say that, “Some say this is laziness, I tend to believe that Millennials have their priorities a little better aligned than their parents and grandparents.”
These kids, I believe, are smart, and cognizant of their challenge in America. With social programs being dismantled and safety nets disappearing, they will be on their own, which means that unless they are capable of making lots and lots of money, maybe making it into the top ten percent of wage earners, they will not be able to keep their heads above water, or even afford basic health care which will skyrocket in the near future. Why struggle to save money all your life when the first serious illness means that a hospital or doctor will sue you and take your home and life savings? The enthusiasm to become a part of this is shrinking.
Then there is saving for their kid’s college, and they just can’t see how they are going to afford all of this. And how about retirement? Reagan with his reckless tax cuts partnered with Greenspan to loot the social security fund when his deficits got out of control, and now the fund is going broke, and many want to dismantle it calling it socialism.
So the Millennium kids can look forward to either fending for themselves in old age, or living with their kids, which in independent America doesn’t work too well. So instead of a peaceful old age with Social Security, which this country once promised and which we all paid into all of our lives, and which then was stolen from us, they can look forward to constant struggle and stress to pay for health care, drugs, and food just as their body begins to fall apart and they can no longer work.
In the news recently, doctors are dropping patients unless they pay the doctors $1500.00 a year just to see them. This includes no tests, no hospitalization, no catastrophic coverage, only a chance to see a boutique doctor. This means that in the near future, we will need both an insurance policy plus $1500/year for a doctor. Medicare and Medicaid patients will be left out in the cold.
But there are alternatives for young adults and their futures.
Presently, it’s all about money from every angle of society, more and more money is needed, but there is only so much money with the pile slowly decreasing, which means that those on the lower rungs of society will suffer greatly in the future because the wealth is not being spread out in this country. Distribution of wealth is considered un-American, and wealth is therefore hoarded. The income distribution regarding the lower and middle classes has been in steady decline since Reagan was in office.
If our educational system continues to ignore these kinds of things and fill young adult’s heads with false promises of economic stability when those promises can no longer be kept, (and how can our educational system not ignore these things when moneyed interests and wealthy politicos pressure them?) then we can expect nothing to change and conditions to worsen.
And parents, out of naked fear, signal their kids that they had better be ready to make a killing in the market place, or else! The pressure on these kids result in early high stress levels in an educational system that has lock-stepped into this whole competitive thing (the intense pressure of test scores) instead of teaching cooperation and the value of good character.
The drop out rate increases and the teen suicides skyrocket due to the worry these kids feel, worry which is justified because many times kids can see more clearly than their mentors, who have become hopelessly enmeshed in the whole illusion. The fact is that young adults will have problems down the road, even the successful ones let alone the “average” (where most of us are), which will be left economically in the dust.
Every kid has dream of making it big, playing in the NFL, making lots of money, but the reality is, fifty percent will end up average, which means that their income levels will be not be able to keep up with the wealthy, and the wealthy will not care. This is how it is playing out. And we wonder why gangs are increasing at an alarming rate. How else can people who are discriminated against keep up? Lawlessness and anarchy are always the result.
But there are other ways to live that sidesteps all of this angst, depending on …