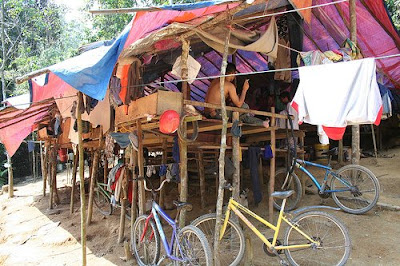 I deal mainly with small-to-medium sized employer groups and every time I broach the subject of creating a company culture that promotes the health and wellness of their employees – I usually get the same response. It goes something like this; “Are you kidding? It’s not good enough that I provide a good paying job with a great employee benefits program, now you want me to promote healthy lifestyles for my employees? Forget it!” Coincidentally, my response is always the same. “As long as you [the employer] have a fiduciary responsibility for your companies health plan, meaning, it’s your name on the plan and you’re the one they ultimately look to for payment – then you have an incumbent responsibility to shield your company finance’s against premium increases. Think about it for a moment. If the majority of your employees are living unhealthy lifestyles (i.e. they’re over-weight, they smoke, live sedentary lives) then you’ll be bearing that burden in the form of higher health insurance premiums year after year.
It’s not just higher premiums that become the negative outcome. It’s also the fact that unhealthy employees tend to be more unproductive than their healthy counterpart employees. They have a higher absenteeism rate and they have a tendency to be less productive even when they’re at work. Ignoring a robust health and wellness component to complement your employer-sponsored health plan just doesn’t make good business sense.
Here are some chilling facts:
A recent analysis of data from the National Health and Nutrition Survey (NHANES), which is conducted regularly by the National Center for Health Statistics, warns that middle-aged individuals may be at greater health risk than anyone anticipated. In comparing the results of two large-scale studies of the U.S. population in 1988 to 1994 and in 2001 to 2006, the report shows that the number of people aged 40 to 74 adhering to healthy lifestyle habits has seriously declined.
* The percentage of surveyed adults with a body mass index greater than 30 has increased from 28 percent to 36 percent *
* Physical activity 12 times a month or more has decreased from 53 percent to 43 percent *
* Eating five or more fruits and vegetables a day has decreased from 42 percent to 26 percent *
* Moderate alcohol use has increased from 40 percent to 51 percent *
* Smoking rates have not changed (26.9 percent to 26.1 percent) *
*The Vitality Group ” CREATING A NEXT-GENERATION HEALTH AND WELLNESS PROGRAM: Why employers should take the lead, and how to do it
While it’s true that Americans are living longer today (life expectancy for males is 75 years and for females it’s 80 years), it’s also true that more Americans suffer from chronic and debilitating diseases such as diabetes, hyper-tension, acid reflux, heart disease, mostly stemming from too many Americans being obese. In fact, it’s estimated that obesity alone accounts for 147 billion dollars a year in health care related costs. Now, I’m not an economist by any means but I can figure out that if we created a culture of health and wellness in this country that seeks to stem the negative affects of obesity, we wouldn’t need the government to get involved with health care at all.
Business owners, maybe it’s time to make some radical changes in your workplace like, don’t just ban smoking in the building but eliminate the 35 smoke breaks that take place throughout the day. After all, if I came to you with a request to go into the break room to eat something every 30 minutes you would probably suggest that maybe this job’s not for me – and you would have every right to suggest that! Studies have shown that it’s well worth the investment with ROI’s sometimes being $3.27 reduction in medical costs for every dollar spent on health and wellness, as well as, reducing absenteeism costs by $2.73 for every dollar spent. Just some healthy food for thought.
If you would like to learn more about how to cultivate a culture of health and wellness at your company; email me at [email protected]…