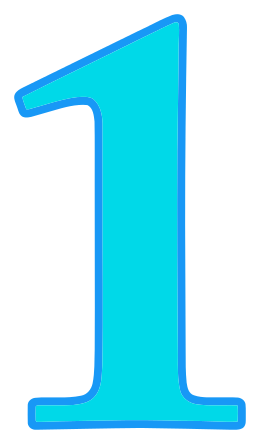 No matter what else is happening with the U.S. economy, health care costs seem to keep going up. In 1960, health care cost was 5% of the Gross Domestic Product (GDP). By 2000 it was 13% and is now up to 16%. The annual per capita cost is $7026.
These are both the highest in the industrialized world. But we are 34th in life expectancy and 29th in infant mortality among nations of the world. Are we getting our money’s worth? Some experts now say as much as half of the money spent on medical care does nothing to improve health. Single-payer health care has the government paying everybody’s medical bills.
We’re not looking at single-payer any time soon. We currently go through insurance companies, and the incoming administration is not going to change that, although they do plan an option for uninsured people. Employer health plans usually don’t pay all employee health care bills, with the average worker kicking in $3281/yr from the paycheck for family coverage.
On average, a family policy bought directly from the insurance company is over $12,000 a year. Since 2001, premiums have gone up 78%, though wages have only increased by 19%. Some projections have health care as 20% of GDP by 2017. We can’t afford this, either individually or as a society. One reason we don’t go to a single-payer system is to keep the insurance companies in business.
They can repay the favor by helping to get costs under control. Drugs are over-priced, over-prescribed, and over-advertised. Pharmaceutical companies can do their part to lower medical costs. The medical establishment has a lot of work to do here too. Now let’s look at what we as patients can do along with the doctors to bring costs down. It’s important to get medical care early in an illness, when it can be treated more easily, and to get regular check-ups.
On the other hand, you don’t have to run to the doctor for everything. (If in doubt, call or visit the doctor. Don’t take chances.) Most of the conditions people see doctors for will get better by themselves. Let a cold run its course. Don’t go demanding some sort of medicine that will cut it short by a day or two. If you have a mild ankle sprain that no longer hurts after a couple of days, it’s not necessary to demand an MRI and physical therapy.
And don’t bother asking your doctor if every drug you see advertised is right for you. There’s a lot of talk from politicians about disease prevention, but it usually refers to stopping smoking and getting appropriate medical tests to identify diseases early. These are important, but you don’t have to demand tests for any conceivable illness. Many tests are not always accurate, and may have side effects. But the most important preventive measure, which does not get nearly the exposure of the “obesity epidemic,” is dealing with the inactivity epidemic. In 1998 only 31% of the population reported doing regular exercise, and the percentage hasn’t improved.
Eat right, work out, don’t smoke, and keep on your representatives to reform the health care industry. Whether you agree with the public health option or not something must be done to contain upward spiraling healthcare costs. We can’t afford not to do something about it now.… 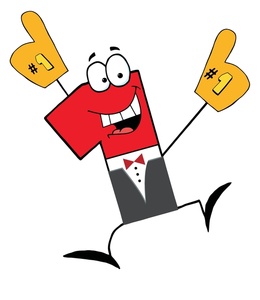 Diet plays a very pivotal role in each one’s life. It is through the diet that we can manage our health issues well. Moreover, diet is also responsible for a person’s energy level and stamina. If we talk about a diabetic patient, then it is chiefly the diet which plays the lead role in helping people manage their increased blood glucose level. Hence we can have better diabetes treatment rough diet control.
The first thing which strikes the mind of people when discussing over the diet Plan of the diabetic patients, is the need to cut down the level of sugar or glucose in blood. In addition to avoiding sugar, people suffering from diabetes also need to refrain from starchy food, as these are also responsible for shooting up the level of blood glucose level. Therefore, as far as possible, people should stay away from the sugary and starchy food. However not all sweetened products are harmful. Also there is a certain level of requirement of sugar and starch in bodies as well. Hence, eating beet roots etc could help met those requirements, without much disturbing the blood glucose level.
Apart from paying attention to what not to eat, people also need enough time to decide what to eat. Green leafy vegetables and garlic etc are found to be good for diabetic patients. Since the diabetic people cannot take many fruits as they are rich in sugar, they are advised to proportionately increase the intake of nutrients through some health supplement.
There are various nutritional diet supplements which help meet the requirement of the people of the essential nutrients. Fish oil and flax-seeds rich health supplement make it possible for the people to access control over their blood glucose level. There are many such products which include the essential nutrients required to maintain a balanced glucose level. Slight bit of mismanagement in diet could cost very dearly for the health of the person, hence right health supplement and lots of exercises is very essential in addition to right diet and routine life. The combination of the above makes it possible to control the diabetes level.…