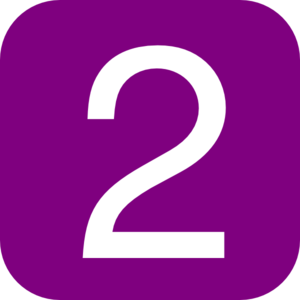 Tea, coffee and cola drinks are beverages taken in the normal social life over the world. Chocolate drinks are also popular. The remarkable popularity of these drinks is due to the fact that they are pleasant to consume and ill-effects are rare and seldom serious. However, it is worthwhile to examine their effects on the elderly and see the extent to which they can be considered safe and desirable.
What do these beverages contain?
Tea, coffee and cocoa(chocolate) and cola nuts(in cola drinks) contain xanthines, mainly caffeine. Xanthines are the active ingredients responsible for stimulating effects of these drinks.
What Effects do the Xanthines Produce?
Caffeine and xanthines stimulates mental activity, make thought process more rapid and removes improves both physical and mental performance when they have been reduced by fatigue or boredom. But a poor performance caused by anxiety or tension is made worse by caffeine. It makes the person more alert and postpone directly stimulates the heart, increasing the force and frequency of its beats, and causes transient rise of blood pressure. It acts as a diuretic, producing more urine.
In excessive amounts it causes, tension and such effects it reduces the levels of mental and physical performance, prevents sleep. Urination is much increased. Extra beats and palpitations are produced, and blood cholesterol is raised.
Effects on the Elderly
All effects of caffeine, including disturbance of sleep, are more pronounced on the elderly than the younger people. Even small amounts can produce excessive effects.
Certain health problems are aggravated. Enlargement of prostate is very common after the age of fifty and cause frequent urination. This is made worse by caffeine. In some men the enlargement may not be sufficient to cause any problem but when the diuretic effect of caffeine is added, frequent trips to lavoratory and disturbance of sleep become troublesome. Secondly, heart disease or predisposition towards it are common at this age. It is, therefore, not desirable to over stimulate the elderly heart. Further, caffeine tends to raise the blood pressure and increase the cholesterol level in the blood, both of which are adverse factors for the heart.
What Amounts of These Drinks Are Safe?
Heavy consumption of caffeine in any form-tea, coffee, chocolate or cola drinks, has to be avoided for the elderly. While the safe figures for the younger people is 250 mg per day, for the elderly its 150 mg. More of this amount can be troublesome. Each cup of coffee contains about 80 mg, a cup contains 30 mg and a cola drinks or chocolate malt contain 30 mg of caffeine. For the elderly two or three cups of tea with an occasional cup of coffee or cola drink or chocolate beverage may provide all the caffeine that would be both safe and satisfying. But they should not consumed late in the evening. Those who are in the habit of taking milk at night may be well advised to take it plain without chocolate flavouring. In this context it is worth mentioning that in some persons coffee has a delayed sleep inhibiting effects, so a cup taken in the morning may cause sleepless night. Such elderly people will do well by avoiding coffee altogether.…