Indeed, sometimes I feel like we were sold a bill of goods, or that Congress approved the bill for the Affordable Health Care Act before they read what was in it. That sounds rather ridiculous doesn’t it? Although, that is what Nancy Pelosi said to CNN, FOX, CBS, and MSNBC reporters the night before the ObamaCare vote. Perhaps, this is more common than you think, and if so there is a very good book I believe you should read titled; “What Makes You Think We Read the Bills?” which was written by a former influential DC legislator.
Let me give you an example of some of the hypocrisy which is going on in the real world. The Affordable Health Care Act was supposed to make health care more affordable, it hasn’t. Health care costs have increased between six and 8.5% each year since President Obama has been in office and since ObamaCare has been in existence, and the more onerous costs and restrictions are still to come in 2014, some start right now in 2013 as it is phased-in.
The LA Times had an article recently titled “Insurer Plans 12% Rate Hike” by Chad Terhune which noted that “Health insurer Blue Shield of California wants to raise rates as much as 20% for some individual policy holders, prompting calls for the nonprofit to use some of its record-high reserve of $3.9 Billion to hold down premiums.”
Indeed, I know this is true because I myself have watched my premiums go up, even though I have never used them. Apparently, I am paying for everyone else’s increased costs due to this new law. We were all told that we would save money, that we would receive refunds, and that the government could run our health care system better than private enterprise. We should have known better, because the big blob of bureaucracy has never been able to run more efficient than free enterprise, not only our own country, but everywhere else as well.
Socialism doesn’t work, and nationalizing industries only makes them more inefficient. If you are wondering what’s hurting the economies of Bolivia, Argentina, Venezuela, South Africa, Portugal, Spain, Italy, Greece, and most of the nations in the Middle East, well, it is all about centralized control over industry, and the inefficiencies of socialism. We need not do that there, but apparently we have some left-leaning leadership that has fooled the masses into following the pied piper off the economic cliff of despair.
That’s unfortunate for such a great and strong nation which has become the economic powerhouse of the world thanks to free-market capitalism. Indeed, I’d like you will sit back for a moment and consider all this and think on it.… 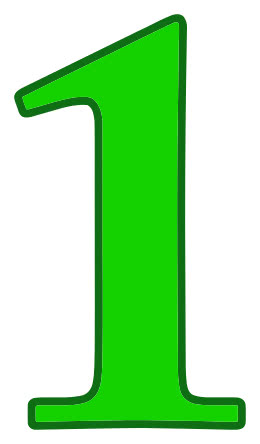 Yes it’s true, starting next year rebate checks will be in the mail. Federal regulations issued on Nov. 22 2010 called the “Affordable care act” required health insurance companies to prove that they spent at least 80% of their collected dollars on medical care and improvement efforts.
These regulations force the health insurance marketplace to become more accountable and require that they spend more of their dollars on higher end care. This means that Americans are going to get a better value for all of their hard earned money spent on health care insurance.
Basically what these companies are doing with a large part of our consumer dollars is spending it on marketing, exec salaries, overhead and essentially just putting it their pocket. With the Affordable Care Act insurance companies will be required to spend 80 to 85% on actual medical care and quality health care improvement, instead of “administrative costs.”
If they fail to comply, these insurance companies will have to provide a rebate check starting in 2012. These new rules will protect millions of Americans and some estimates are projecting that almost 9 million Americans will be eligible for rebate checks in 2012 with a value of almost 1.4 million dollars. The average rebate check will be around $164.
This federal regulation is requiring that insurance companies must publicly report how much they are spending on premium medical care, which is great information for all those consumers left in the dark for all these years. After years of input from the different states, public and stakeholders the decision has been made to make health insurance more of a fair process for consumers.
This act also requires the (NAIC) National Association of Insurance Commissioners to create uniform procedures and policies in calculating their medical loss ratio’s, which is essentially how much is spent where and what part is being spent on quality medical care for the consumer and if it’s not 80-85% the insurance companies will have to issue a rebate check for the difference.
Insurance companies in every state will now be responsible and held financially accountable in protecting the interests of the general public, policy holders and enrolled participants in their respective states.
It’s outrageous that in some markets insurance companies spend as little as 60% on direct medical care and health care improvement. As much as 40 cents out of every dollar goes to the “administrative costs” of the health care insurance provider. So where does all this money really go you may wonder?
Timothy Jost who is a law professor at Washington and Lee University in VA says he estimates that these insurance companies spend 12% of every dollar that they get on pharmaceuticals and 31% for doctor’s care, and 31% on administrative costs.
Hopefully this new regulation will force insurance companies to become more efficient and not raise premiums more than absolutely necessary and if they do then 80-85% of every dollar needs to be on actual care and not into the endless coffers of the insurance companies.… 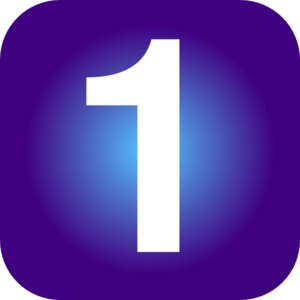 Most Americans don’t know that you can buy medical insurance in much the same way that a lot of people now buy their car insurance – online. You can find affordable health insurance quotes online and get yourself into a policy that is specifically built just for you and your family in a matter of minutes and have the health care coverage that you need.
Living in today’s world without some form of medical insurance is a recipe for disaster. Without medical insurance, you will put off going to the doctor until things get really bad. You will also not take care of some of the preventative matters and testing that everyone should have done. You will find that when you shop for affordable health insurance quotes online that getting coverage is a lot cheaper than you might think.
People have long thought that getting health insurance through your employer as the cheapest way to do it, but that is not always the case. Especially if your employers requires you to help fund the insurance program, then you are probably paying a lot more than if you got your policy individually. So before you sign up for a high-priced medical insurance policy at work, you should shop for affordable health insurance quotes online.
Because not all families are alike, not all insurance policies are, either. You can design your own health insurance policy so that is perfect for your health, the amount of regular visits you make to a doctor, and your budget. Some people find that a low level of coverage is enough, while others want to be able to go to the doctor on a regular basis without paying a high office co-pay. The choice is really up to you, but remember that having coverage of some kind will always be beneficial for your family’s health.…